Aim – The group need to direct one person through the minefield at a time and on each pass they need to collect an item (usually relevant to a further task).  The person in the minefield wears a blindfold and the group cannot touch or talk to them using words so they use the 2 minutes prep time to come up with a system of movement signals.  Can include picking up objects which can be used to later activities such as catapult building, etc.

Aim – The team need to accurately pass a message down the line in this task.  The first person in the line has 2 models, one of which they take apart and pass the pieces along the line piece by piece with instructions of how to rebuild the model at the other end. This message and the pieces are then passed along from person to person until they get to the end of the line where they are rebuilt according to the instructions.   Once all the pieces have made their way down the line we will bring the 2 models back together to see whether they are still the same or not.

Aim – The team gets 5 or 10 mins to practice and sort out a plan on this challenge.  They must then use one sighted person to instruct the rest of the team in putting the tent up whilst everyone else is wearing blindfolds.

Aim – The team must balance themselves on a small board long enough to sing the chorus of a song. The words are to be created by the team and adapted to a known tune of their choice. This task calls for problem solving, creativity and team building.  This can be altered to fit in with an event or a company theme. It can also have some hilarious results!

Aim – The group have been shipwrecked and have to build a windproof waterproof shelter on an island from the remains of their ship as there is another storm approaching.  Before construction can begin the group need to collect the pieces of wreckage that they wish to use which itself is not as easy as it sounds….  Once items are collected they can begin to build the shelter..  The shelter must be free standing and it must allow them all to be off the ground when they are inside.  There is a lot of strategy in this when it comes to collecting and what to collect as this needs to be done before construction can begin.
Requirements – Needs to be done outside. It is good to run 2 teams or more at once head to head to add a competitive element.  Needs an instructor per team to observe rules are followed
Duration – Usually around 20 / 30 minutes

Get a Quote Now
Age Restrictions 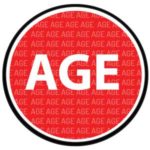